Catch up with the latest news from WIRI.

The last country in the European Union 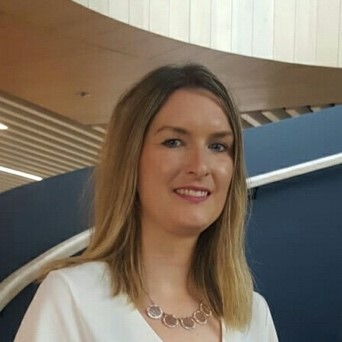 In celebration of International Women’s Day 2021, Women in Research IE were thrilled to host Professor Linda Hogan, Professor Jane Ohlmeyer and Professor Linda Doyle, the three candidates for the upcoming Provost elections at Trinity College Dublin. This marks a unique time in Ireland’s history as it will be the first time in Trinity's 429-year history that a woman will hold the position at Trinity College Dublin. Appallingly, the Republic of Ireland will be the last country in the European Union to appoint a woman as President of a University.

Kicking off the event Prof Linda Doyle stated that, “no matter what happens on April 10th we can be sure of one thing that Trinity will have its first woman Provost and perhaps George Salmon will be rolling in his grave forever more”. Provost Rev. George Salmon, who fiercely opposed the admission of female students to the University and whose statue is firmly rooted in Trinity front square, famously said during his term as Provost from 1888 to 1904, “over my dead body will women enter the college” (1). In Professor Doyle’s manifesto, Imagine Trinity she invites us to imagine the future we want at Trinity and to take action to realize that future (2). The two themes running through Imagine Trinity are power and fairness, themes which align with Women in Research IE’s own mission in building a united community where silenced voices are heard in academic spaces. Prof. Doyle says, “the Academy has always been structured to listen to some voices more than others” allowing a deeply unfair system to prevail in institutions throughout the centuries.

Second to speak was Prof Jane Ohlmeyer whose manifesto is titled, Empowering Trinity (3). Prof Ohlmeyer described to us her experience of falling pregnant with her first son while still doing her PhD at Trinity and the considerate support she received from her supervisor. She highlighted the necessity of a supportive supervisor and mentors during women’s career as well as the essential need for outstanding nursery care. Trinity still lacks important provisions for women with young children, for instance, only three breastfeeding rooms exist in the college (4). Prof Ohlmeyer reflected on the challenges she has faced in Trinity to address the conservatism, the hierarchy and in pockets, the misogyny that she has seen throughout her career. On her first day at Trinity as Erasmus Professor of Modern History in 2003, she recalls vividly the then Junior Dean asking why the new secretary was in the professor’s office. Prof Ohlemyer concluded by saying that, “Trinity has come a long way…but the truth is that we have a long, long, way to go”, stating that she is “almost embarrassed” that Ireland is the last country in the European Union to appoint a female as President of a university

Third up, we heard from Professor Linda Hogan, who discussed the importance of this historic election. She stated that our concepts of university leader and Provost are entirely determined by a male model, and that we have to re-imagine the Provostship itself as a “leader for cultural change”. Her manifesto is centered around this concept of living our values and this is what she says we must do in Trinity and academia generally (5). The principles in her manifesto focus on a culture that nurtures and that is driven by generosity of spirit and promotion of true equality and diversity. She also discussed the importance of mentors and supporters for women and minorities and “the valuing of women’s voices in academia”, as well as the need to address inequalities in the system to break the current mold and map a way for greater inclusion and diversity. In her manifesto, she also maps out a specific proposal about addressing bullying and harassment in our University as well as addressing precarious contracts of work.

Opening up the event to our attendees, we had several questions posed to the candidates.

The first question focused on the effect of the pandemic on the work of those with caring responsibilities.

Prof Doyle began by discussing the statistics that show the drop off in the numbers of women submitting for publication during the pandemic, which is particularly impacting early career researchers the hardest. The three candidates stated that the problem needs addressing from a systemic point of view. Prof Doyle stated that she is looking at a much fairer promotion system in the first place, designed to take into account maternity and paternity leave and disruptions to research more effectively. Prof Ohlmeyer referred to the Irish Research Council, the first council to fund costed extensions during the pandemic. She believes that the University can lead and do an awful lot more than it is currently doing. In Prof Hogan’s view the systemic response would focus on redress, that it is the only way we can deal with systemic and embedded inequalities. She also commented on the responsibility of the university as a workplace in supporting psychological well-being of its staff and students.

The next question from the audience asked the candidates about their support for PhD workers' rights.

Organisations such as PhD Workers' Rights Group are campaigning for workers' rights for PhD candidates across Ireland, similar to universities in Sweden where PhD candidates have a salary and other standard benefits of employment (6). Prof Doyle and Prof Ohlmeyer discussed the inequality of the tiered system that exists for PhD candidates where various different classes of PhD terms of work exist and the urgent needs to address this. Prof Doyle commented that we need better contractual certainty and obligations to PhD candidates to provide clarity around expectations of both them and supervisors. Prof Doyle and Prof Hogan both expressed their uncertainty about supporting workers' rights for PhDs with Prof Doyle stating that the research system isn’t adequately funded to increase the cost of PhD individuals as workers. She reinstated that a better approach for PhDs is to employ strong contractual obligation that are outside an employee type situation while still working to improve stipend situation. Both Prof Ohlmeyer and Prof Hogan commented that when it comes to any sort of improved conditions for early career researchers, we need to agree at a national level in order to have an understanding and a baseline of what are the acceptable conditions and minimum thresholds for all PhD candidates.

How would you leverage equality, diversity and inclusion and combat discrimination such as racism and homophobia on campus?

Prof Ohlmeyer emphasised her zero-tolerance approach to bullying, racism and homophobia in the University. She discussed her own experience of being trolled online and the need for creating an online environment where academic freedom is preserved. She commented that there are many policies in place at Trinity that aren’t implemented which needs addressing. Prof Hogan mentioned that Trinity and all universities should be bullying and harassment free zones. She discussed the inadequacies of the current complaints system at the university which she compared to best practices in Australian universities where confidential registers and meaningful investigations and penalties are in place.

Currently being a researcher is quite precarious at Trinity, it is often difficult for a postdoc to get funding and without a PI trying to get project funding your contract can end and there is no possibility of continuing in research at Trinity. Do you have any plans for creating a pathway to enable research careers at Trinity?

Prof Ohlmeyer believes that we need to create additional opportunities for our early career researchers in Trinity and across Ireland, that universities need to be thinking about wider career advice for these researchers. There is a need to better prepare this group for the workplace, such as creating opportunities for internships in enterprise as is practice in the Trinity Long Room Hub. Prof Hogan stated the need to create additional and new career opportunities for researchers in Trinity and in the Irish higher education sector more generally, also stating that the inequities in the current system, namely precarious contracts, need addressing. She went on to say that there is a need to ensure an encouraging and empowering approach to postgraduate and research careers instead of the current punitive one in place. Prof Doyle then referred to the National Research career framework in place at Trinity, however noting that it has not been adequately applied or put into action.

Women in Research Ireland is an organization devoted to supporting women and under-represented minorities in research and academia. We host roughly monthly events that provide support for and foster discussion amongst our members.

Subscribe to our newsletter on MailChimp here to get regular updates on our events and programming.